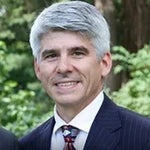 Todd has been practicing in areas of elder law since 1993.  He obtained his A.B. in Political Science from Ohio University and his Juris Doctor from Cleveland Marshall College of Law in 1993.  Prior to becoming an attorney Todd worked with the local Long Term Care Ombudsman program, advocating for the rights of long term care consumers.  It was then he spent a good deal of time observing some of the problems with people being able to get the care that they deserved and needed.  After graduating and passing the bar in 1993, Todd directed a program to assist in the appeals of wrongfully denied Medicare claims.  Since that time, Todd has worked both as a solo practitioner and in larger firms to advocate for the elderly.  Todd is a regular speaker both in the community and to other lawyers and professionals in the areas of Estate Planning, Elder Law, Medicaid Eligibility, and other subjects.  He is a board member and Treasurer of his church, and is married and lives in Rocky River, OH with his family, as well as the family dog, Happy.

Thank you for contacting us. We will get back to you shortly.

Please complete all required fields below.

We offer a free consultation and we'll gladly discuss your case with you at your convenience. Contact us today to schedule an appointment.